No one knows how to throw a rager like Jessica Biel!

The 36-year-old actress took her husband, Justin Timberlake, out for his birthday a day early in New York City, but the actress seemingly struggled to stay awake for the festivities.

“Gotta work tomorrow for my bday so wifey really going all out tonight…” Timberlake captioned a funny video on his Instagram page.

In the clip, Timberlake quietly sings, “Happy Birthday to me,” in the back seat of a car, panning to a sleeping Biel.

As he begins to sing louder, the 36-year-old star wakes up, grinning, and says, “I’m just preparing for our big night out. Just preparing!”

Timberlake turned 38 on Thursday, but has a show on his Man of the Woods tour at Madison Square Garden in the evening.

Last fall, Timberlake opened up about his love story with his wife of six years. Watch the clip below to see what he said: 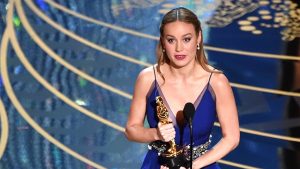